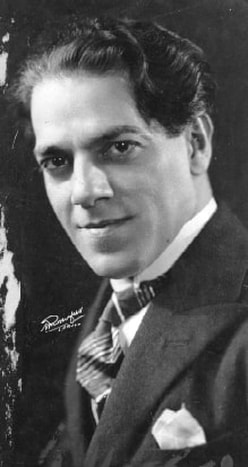 Heitor Villa-Lobos, c. 1922
Brazilian composer Heitor Villa-Lobos (1887-1959) was taught by his father to play cello at a very early age; his mastery of the instrument and of guitar informed a great deal of his compositions throughout his life. Although basically self-taught, he devoted his life to composing music. In his late teens and twenties, he travelled around Brazil absorbing the popular and folk musical styles and dances of the various regions. Back in Rio de Janerio, he studied briefly at the National Music Institute but was temperamentally unsuited to formal discipline, so he studied scores of the masters on his own and then began a series of travels to Europe, Africa and the US, meeting major musicians and composers and having his music performed in many vernues. In the years in which he lived in Brazil he began music education programs for the general public and for schools, establishing a conservatory of music in 1942.

In addition to his deep attachment to the folk music of his country, Villa-Lobos found a strong connection between that and the music of J. S. Bach. He celebrated this affinity in nine suites called Bachianas Brazilieras, written over the years 1930 to 1945. Of these, No. 5 is famous for its gorgeous first movement (Aria—Cantilena), for soprano soloist and eight cello parts; the wordless vocalise is interrupted by a declaimed “Nocturne” by singer and poet Ruth Valadares Corrêa. Villa-Lobos added the second movement (Dansa—Martelo) in 1945, using a text by Manoel Bandeira to create a fast, virtuosic folk-like allusion to numerous birds and their songs. 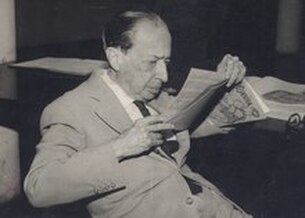 Manuel Bandeira, 1966. National Archives of Brazil.
​Bachiana Braziliera No. 7, written in 1942, is quite overtly “Bachian”: its 4 movements are given both Baroque and Brazilian name (as in all these suites), beginning with Preludio—Pontejo, Giga—Quadrilha Caipira), Tocata—Desafio, and Fuga—Conversa. These are not transcriptions of Bach’s music but reflect Villa-Lobos’s nationalistic fervor, using rhythms, melodic patterns, and even orchestral devices of Brazil’s folk music as imbued with the spirit of Bach’s style.
Judith Eckelmeyer ©2021
Villa-Lobos' Bachianas Brasileiras No. 5 for soprano and 8 cellos (1938)
Aria (Cantilena)
Text: Ruth Valadares Correa
Cellists from the Gothenburg Symphony Orchestra
Barbara Hannigan, soprano
Villa-Lobos' Bachianas Brasileiras No. 7 for orchestra (1942)
RTVE Symphony Orchestra | Carlos Kalmar, conductor
1. Prelúdio (Ponteio) 00:22
2. Giga (Quadrilha caipira) 07:19
3. Toccata (Desafio) 12:08
​4. Fuga (Conversa) 19:55