If one were to list a half-dozen of this century's most unique and influential composers, Béla Bartók's name would certainly be among those included. Bartók's music contains an organic structural cohesiveness in some way akin to but quite distinct from the dodecaphonic serialism of Schoenberg and his successors; at the same time his music shows enormous rhythmic and harmonic vitality, the result of his lifelong conscious integration of characteristic folk elements, which he himself identified during years of research in remote districts of Eastern Europe and North Africa. Neither associated with a particular "school" of compositional style nor the "father" of a stylistic trend himself, Bartók nonetheless remains in our time a significant figure whose music contains its own kind of remarkable, strong beauty. 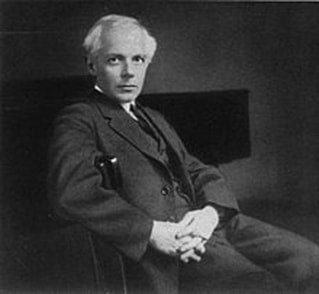 Béla Bartók in 1927
Born on March 25, 1881, in Nagyszentmiklós in the Torontál district of Hungary (now a part of Romania), Bartók very early displayed musical gifts. As a child having overcome a number of serious illnesses, he began his formal education and his musical training, principally studying piano with his mother. Shorly thereafter, his father died and Bartók's mother supported the family by teaching piano students. At the age of eleven Bartók presented a piano recital in which he performed one of his own dance pieces. Soon after this concert, the family moved to the active cultural city, Pozsony (now Bratislava), where Bartók completed his schooling and studied piano and harmony with pianist and conductor László Erkel. In Pozsony and later at the Academy of Music in Budapest, Bartók's keyboard skill was considered remarkable; and in spite of his acquaintance with the music of Beethoven, Brahms, and Wagner, Liszt's dazzling virtuosic piano works and great technical display in performances interested him as an artist. Assiduously studying and examining the scores of the standard composers seemed not to trigger any successful compositional effort for him at this time: his muse seemed to have abandoned him.
Two concurrent events turned Bartók's early compositional life around. The easiest to document is his reaction to the first performance in Budapest of Richard Strauss' Thus Spake Zarathustra in 1902. Accordint to Bartók's 1921 autobiographical account of the event, translated by Eva Hajnol-Konyi in Béla Bartók: A Memorial Review (Boosey and Hawkes, New York, 1950), Strauss' music aroused him " as by a lightning stroke," showing him "a way of composing which seemed to hold the seeds of a new life." A year later he completed Kossuth, a symphonic poem modeled after Strauss' A Hero's Life.
Richard Strauss' Also spracht Zarathustra
​Royal Concertgebouw Orchestra | Mariss Jansons, conductor
Bartók's Kossuth
BFO/FISCHER
Strauss' Ein Heldenleben - A Hero's Life, Op.40 (1898)
​Pittsburgh Symphony Orchestra | Manfred Honeck
The second impact on Bartók's composing at about the same time was the re-emergence of nationalism in Hungary. Looking back on this era in his life, Bartók wrote in his autobiographical note: "In my studies of folk-music I discovered that what we had known as Hungarian folk songs till then were more or less trivial songs by popular composers and did not contain much that was valuable. I felt an urge to go deeper into this question and set out in 1905 to collect and study Hungarian peasant music unknown until then. It was my great good luck to find a helpmate for this work in Zoltán Kodály, who, owning to his deep insight and sound judgement in all spheres of music, could give me many a hint and much advice that proved of immense value. I started these investigations on entirely musical grounds and pursued them in areas which linguistically were purely Hungarian. Later on I became fascinated by the scientific implications of my musical material and extended my work over territories which were linguistically Slovakian and Roumanian." 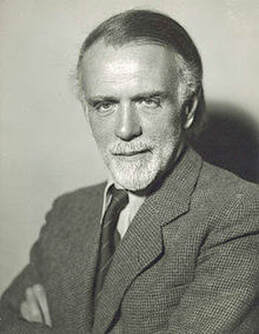 Zoltán Kodály in the 1930s.
Bartók's subsequent systematic treatment of the authentic Magyar peasant music distinguished him from his nationalistic predecessors, Ferenc Liszt and Ferenc Erkel (László's father), whose "Hungarian" style reflected a westernized "verbunkos" gypsy music. In field research with Kodály, Bartók devised a means of collecting, transcribing, and codifying the peasants' songs and instrumental music, recording their performances on an Edison phonograph and wax cylinders. But Bartók, unlike Kodály, explored far beyond the Magyar region, eventually expanding his ethnomusicological studies to include the folk styles of the Arabs of North Africa and nomadic tribes of Turkey in his attempt to determine the cultural relationships between peoples whose music contained similar melodic, structural, and textual characteristics. The scientific thoroughness of his research and the precision with which he analyzed and presented his findings established a precedent for later ethnomusicologists. 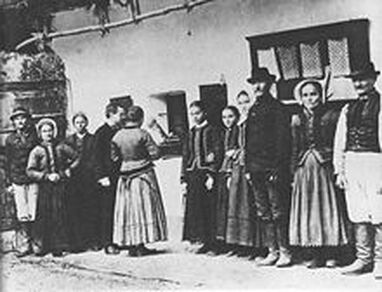 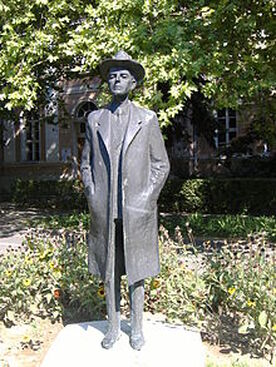